Breaking News
Home / Без рубрики / By taxi without a driver

By taxi without a driver

Vladislava Mironenko Без рубрики Comments Off on By taxi without a driver 1,180 Views

Venture company Maniv Mobility, specializing in the growth of Israeli start-ups in the field of automotive technology, is developing $ 80 million for the development of self-propelled vehicles in Israel.

To the future on Susita

Cars without drivers is a fantastic future, about which the inventors of the first car dreamed a hundred years ago. In 2019, Israel will become the launching pad for the production and running- in of the practice of unmanned taxis of the first generation.
“In the 1950s, we failed,” Prime Minister Benjamin Netanyahu said at the presentation of the project, “trying to produce his own car brand. Our little “Susita”, is “horse” translated from Hebrew, was falling apart literally on the go. We could not produce normal chassis, engines or tires. Therefore, Israel has turned to technology, and now that the car has become a “computer on wheels,” Israel can lead the international market. ”
Today in Israel, about 400-500 companies are working in the automotive industry. These include startups in the field of sensor technologies, cybersecurity, mobile applications, 3D visualization and other related areas.
A new type of car meets all the needs of the urban transport structure of the XXI century, providing accessibility, speed, mobility. In addition, new cars will reduce the level of air pollution and noise, the number of traffic jams and accidents on the roads.

“New mobility in Israel” is the name of the international project to create unmanned public transport of the 21st century, which will be attended by automotive giants Volkswagen, BMW, Hyundai, Audi, Škoda and Seat.
The Israeli company Mobileye, owned by Intel and Volkswagen have already signed an agreement to create the first unmanned taxi service in Israel based on the Volkswagen electric vehicles.
Pilotless car of the 5th generation of the Volkswagen brand. Photo NPHA
In 2017, three more companies entered into a contract with Fiat, BMW. And earlier this year, Israeli sensory company Innoviz Technologies announced that it will begin to supply the BMW Group with remote sensing technology for the production of autonomous cars.
Hyundai Motor has entered into a new strategic partnership with the Israeli company Autotalks to develop the next generation chipset for unmanned vehicles. And the Chinese tech giant Baidu announced that it had teamed up with Intel to integrate Israel’s Mobileye technology into the development of an autonomous car platform.
Car park without drivers
The project oversees the Israeli government, providing legal and regulatory support, creating infrastructure and traffic control systems.
The project will begin in early 2019 and will be carried out in stages from the introduction of several dozen to hundreds of self-propelled electric vehicles on the streets of the city. The developers claim that they will be able to create a network of fully automated transport by 2021.

A new type of car meets all the needs of the urban transport structure of the XXI century, providing accessibility, speed, mobility. In addition, new cars will reduce the level of air pollution and noise, the number of traffic jams and accidents on the roads.

Observer of the branch of Science and Medicine. Student of the Odessa National Mechnikov University. I'm fond of journalism and studying foreign languages. Sphere of interests: painting, literature, music, bass guitar.
Previous Will troops be sent to Gaza?
Next A treasure of gold coins found in Caesarea 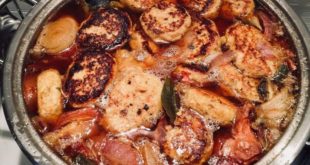