Breaking News
Home / CULINARY / The juice and essence of pomegranate. The pomegranate increases the level of testosterone and treats cancer.

The juice and essence of pomegranate. The pomegranate increases the level of testosterone and treats cancer.

Vladislava Mironenko CULINARY, Food, History, Medicine, News, Science Comments Off on The juice and essence of pomegranate. The pomegranate increases the level of testosterone and treats cancer. 1,075 Views 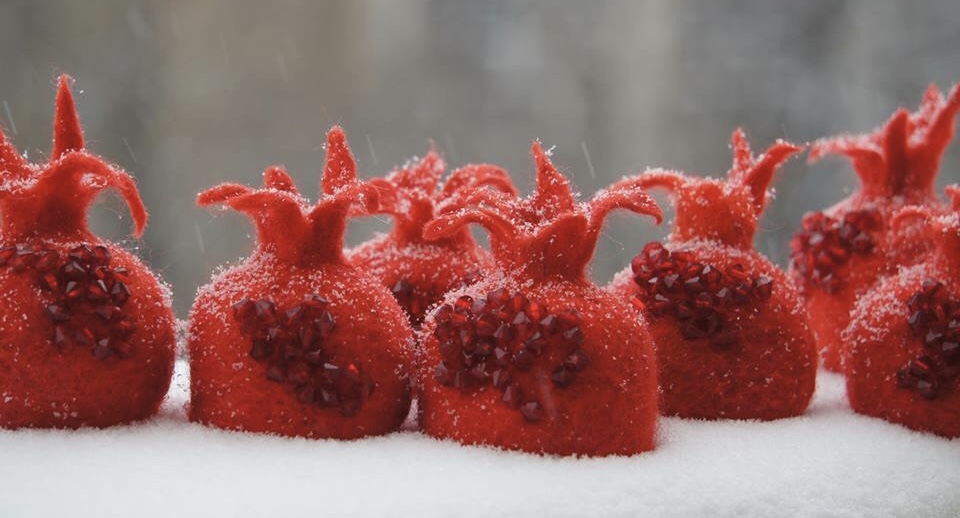 The beginning of the year is equal to the season of pomegranates.  There are  ridges of ruby-red balls in the markets. They are used as decorations and they are presented to friends. “Rivers” of pomegranate juice flow throughout the winter. This fruit symbolizes the East and the Jewish people.

613 grains according to the number of 613 precepts , as a symbol of an infinite longing for the Creator and a reminder that spiritual food is inseparable from food material. The pomegranate brings luck, prosperity, eternal life, knowledge and fecundity.

Some Tanakh researchers claim that Eve seduced Adam in the garden of Eden with a pomegranate but not with an apple and 12 scouts brought a pomegranate to Moses to prove him he “fertility” of the land of Canaan.

Ancient Egyptians used pomegranate to cure infections. They buried their nearest and dearest with the fruits of pomegranate as a sign of eternal life and prosperity. 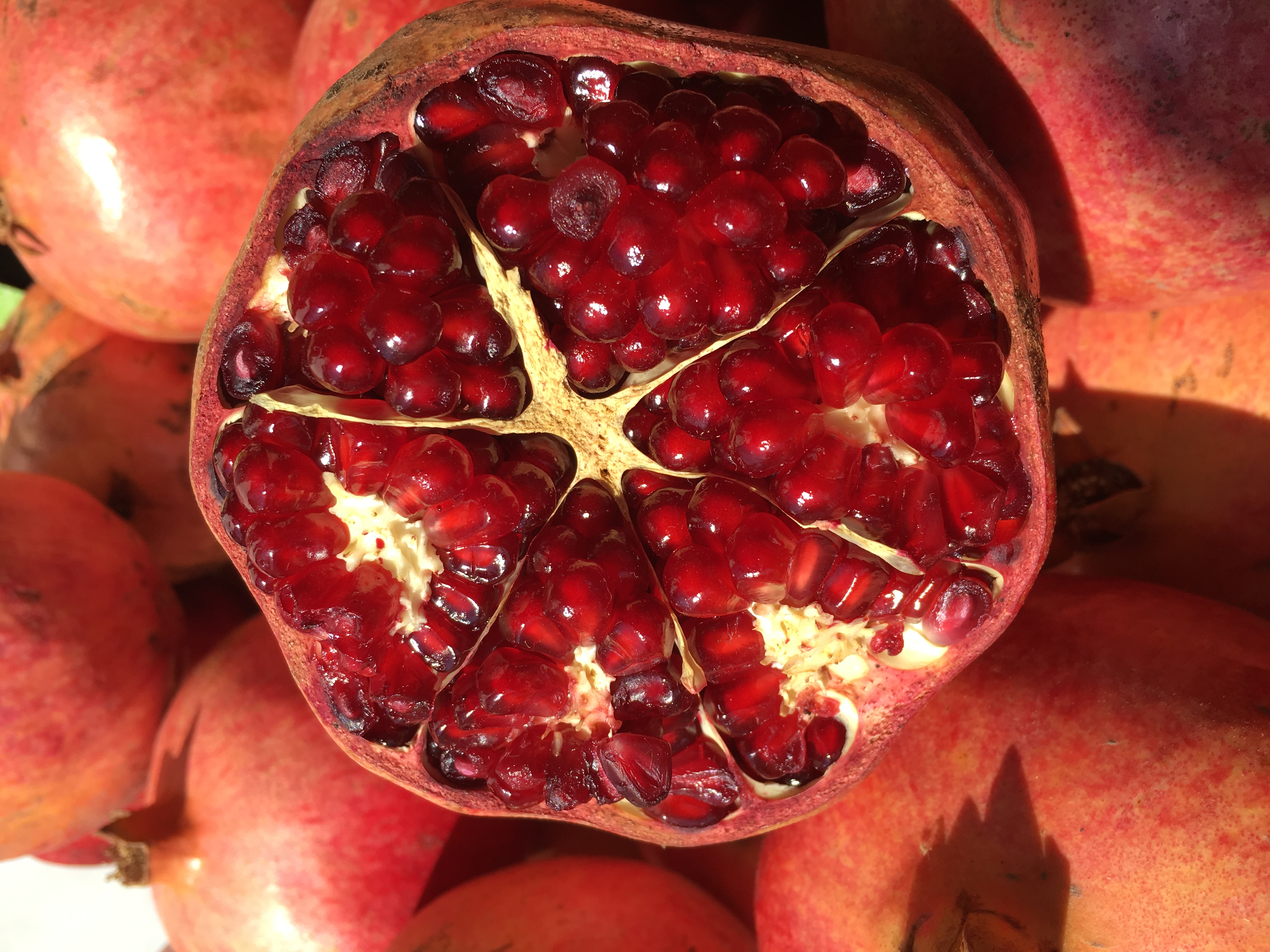 In Greek mythology pomegranate symbolizes life, marriage and rebirth. The Greeks believe that the first pomegranate tree was planted by the goddess of love Aphrodite. On New Year’s Eve the Greeks throw pomegranates at the front door of the house. It is believed that the more seeds scattered on the ground, the happier the year is going to be. Splitting pomegranates up is a tradition of Greek weddings. In Turkey and Armenia, the bride crashes a grenade against the wall to give birth to more children. For the Chinese pomegranate symbolizes posterity. In some Hindu traditions, pomegranate is a symbol of well-being. In Christianity, the split pomegranate represents the suffering and resurrection of Jesus.

There are plenty of images depicting pomegranate as romantic or sensual symbol in classical and modern literature and pictorial art.

Israeli doctors claim that pomegranate is the most salutary fruit in the world. One pomegranate contains about a third of the daily rate of vitamin C, with abundance of potassium, folic acid and  fiber. Pomegranates have anti-tumor some internals- they help to prevent cancer, maintain heart health, lower blood pressure, prevent joint pain, arthritis, bacterial infections, stomach disorders, flu, and lower cholesterol. The pomegranate’s quantity of antioxidants surpasses the red wines’s and the green tea’s one three times.

Nutritionists find the pomegranate’s importance for digestion quite significant. Grains and juice of pomegranate are more often included in medical diets, it is advised to add grains to vegetable or fruit salads, to drink pomegranate juice more often.

In common with the Department of Obstetrics and Gynecology at Rambam Hospital, Haifa Technion scientists have made a research of the salutary internals of pomegranate. Antioxidants contained in the juice of this fruit, reduce the risk of premature birth and brain damage of an embryo, which are a consequence of intrauterine inflammatory processes.

Searching for a natural means of preventing such deviations, scientists decided to investigate pomegranate juice and to make an experiment on pregnant rats. Infected  rats were given pomegranate juice for several days. The results were compared with the ones of another control group, which did not take the juice. Finally, it was found that those who had drank pomegranate juice had lower symptoms of inflammation and, consequently, of brain damage. These are preliminary researches, but the results are encouraging. Pomegranate juice can become a tasty, cheap and always available natural medicine, allowing to avoid a terrible tragedy.

Observer of the branch of Science and Medicine. Student of the Odessa National Mechnikov University. I'm fond of journalism and studying foreign languages. Sphere of interests: painting, literature, music, bass guitar.
Previous Jewish population has increased by 100 thousand
Next A real Gefilte fish recipe from the owner of Omnivore gastrobar in Haifa Olga Goral